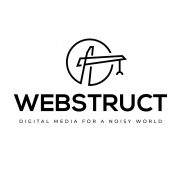 The Haters And You

Our western society is a dynamic and ever-changing proposition. When we set out to conquer the world we do so with the assurance and bravado of youth. Our energy seems limitless, and we commence our journey much like Ragnor Lothbrok in ‘The Vikings’, or at least this is how some people roll.

Myself I was prone to depression and reflection as a much younger man, this is what it would be called today, but back in the late 1970’s we tended to just get on with things.

Those of us who are incapable of simply accepting the way things are presented to us, who tend to question everything as an organic feature of who we are can be awkward to deal with; I fully accept this.

There are a great many people out there who are positioning themselves as being ‘thought leaders’, they have recognized something which most of us have failed to understand: The world-wide-web is a massive publishing house.

I think we need to look at the web, and the internet as a whole in a much more appreciative light.

Do you realize what it used to take to be able to publish your work, to have a book, or essay, or even a pamphlet printed and distributed?

The old publishing business used to be a very tightly controlled, and expensive venture. To have even a “letter to the editor” published in a newspaper, or magazine was rare enough to tell others about it.

So, we have gone from being completely regulated, from needing a literal fortune to be published to being able to publish whatever we feel like to the web.

Of course, the standards slipped somewhat!

For many of us the web can seem like a public toilet wall, mostly profane garbage with an occasional glimpse of intelligent reflection, and wit, even philosophical insight!

The snobs, and the intellectually vain have certainly not held back with the world-wide-web, it is critiqued, and analysed endlessly.

But few among the many analysts, and pundits seem to appreciate the enormous egalitarian potential of the WWW, they are too busy primping themselves, or making money from the digitally naive.

Blogging, this has become a media type which is spoken about widely, but not really understood, or fully acknowledged by the more conservative ‘authorities’.

Because the internet was not really ‘supposed’ to have been released to the public domain, it caught many among the elite circles completely by surprise. I can argue with you about this, if you like, this seems to be a point which not many seem to grasp.

The private enterprise involvement with the development of the WWW shielded us from the reach of the regulatory and fiendish bureaucrats. This aspect of the internet, its relative insulation from the regulation obsessed, and authoritarian groups has served to ‘open the gates’ of publishing.

We can see a massive attempt to reign in the growing political aspects of social media, and independent publishing.

Everywhere these days we can see this astonishing response from the legacy power groups. We are told we are living in the ‘post truth’ world.

Post Truth, so previously we must have been living with the ‘Truth World’?

Give me a break.

The dispensers of all that is good, the self styled elite of Europe, U.S.A, the U.K, Australia & New Zealand, Canada are intent on restricting us, bringing us to heel, on plugging the ‘anarchic’ and disruptive chasm which the WWW represents to them.

We saw the overt demonstration of censorship, of de-platforming and restriction with the treatment of Alex Jones and his independent media company “Infowars”. This action from the oligarchy signaled a flurry of censorship on the Silicon Valley social media platforms, just about all of them with pundits and independent journalists, commentators and analysts being excluded on the basis of…’Hate Speech’.

This Orwellian newspeak terminology is frightening in its casual acceptance among the masses.

We have the situation in the U.K of private individuals being visited by the local police force if they so much as indicate their disagreement (on social media, the police actually keep tabs on this) with the multicultural ideal for the country.

We are confronted with this campaign to diminish, restrict and ultimately to control the internet, and what we publish through it everywhere today. Consider that it was through the agency, and distribution of broadcast media that our social world was constructed, and managed after World War II.

So, we have this task, this ongoing and ever needed process of building our identity and visibility on the TripleW.

How can we as people of good will, and intentions reconcile the aesthetic problem of becoming ‘well known’ or even famous, of promoting our ideas and world views without becoming narcissistic monsters?

The haters, trolls and just mean spirited types are also everywhere, there is always a percentage of people who resent talent, who seek to tear down others, and prevent them from succeeding, or at least make it as ugly as possible?

We must have courage!

There will always be egotistical people, conceit and vanity are hard coded into human beings, we are social creatures and we seek to be heard and seen; even the most introverted among us enjoy connection and communion with like-minded souls.

We have the situation of the ‘Boutique’, today there are more and more groups forming, communities who share a range of aspirations, or objectives, ideological, philosophical, artistic, literary, musical, intellectual, political, crafts, cooking, engineering, extraterrestrial, creative. The list could probably go on for a long time.

Just as there were an amazing variety of authors, writers and community builders in the ‘analog’ days, this expresses itself organically with WWW community building.

Blogging is an incredibly limited expression, we really do need a different word to describe the extended digital publishing activities on the web!

Personally I can see that blogging, and web community building go together.

People who have the resources and talent to extend their reach, and publish to the web successfully represent an enormous range of subjects. We need to fully appreciate the opportunities we have today of publishing, the toilet wall has been extended, it is now a flourishing publishing house with many, many departments.

Take courage, steel yourself if you have a vision, believe in the value you offer, seek to connect and communicate, it is the most human characteristic of them all.

Mike has been working with information technology, and the World Wide Web since the mid-90's, he offers insights and practical skills for people who seek to publish online. View more posts